Meltzer and Bell, PA remains committed to the people of South Florida during this very difficult time. Please know that we are open and will remain so 24 hours a day, seven days a week to those in our community who need our help.
Representing family and divorce clients Count on us to help you move forward

Florida Statute § 61.29 outlines the three principles that establishes the State of Florida’s the public policy considerations regarding child support guidelines:

Child support typically terminates on a child’s 18th birthday, but state law does provide for certain exceptions. Obligors (parents required to pay child support) can simply stop making child support payments to obligees (parents receiving the child support) without any additional court appearances when end dates are clearly established, but some cases may require obligors to first file Supplemental Petitions to Modify Child Support and there is also an exception for children who attend college.

If you are hoping to terminate your child support obligation in South Florida, it is in your best interest to immediately retain legal counsel.

Our West Palm Beach divorce lawyers can handle filing all of the required paperwork and help you with your termination of child support issue. Call (561) 557-8686 to have our attorneys review your case and discuss all of your legal options during a free, no obligation consultation.

Under Florida Statute § 61.13(1)(a), all child support orders and income deduction orders must provide:

Florida Statute § 743.07(2) states that a court of competent jurisdiction can require "support for a dependent person beyond the age of 18 years when such dependency is because of a mental or physical incapacity which began prior to such person reaching majority or if the person is dependent in fact, is between the ages of 18 and 19, and is still in high school, performing in good faith with a reasonable expectation of graduation before the age of 19."

The phrase "mental or physical incapacity" is not clearly defined, and many courts in Florida have interpreted modest issues (such as learning disabilities or emotional conditions) to constitute children as being dependent persons entitled to support.

Relationships can often be complicated, and some men later discover that they are not, in fact, the biological fathers of the children they have been supporting.

The circumstances under which a man may disestablish paternity or terminate a child support obligation when he is not the biological father of the child are established under Florida Statute § 742.18.

Under Florida Statute § 742.18(2), a court will grant relief on a petition when it finds all of the following:

Florida Statute § 61.13 | Support of children; parenting and time-sharing; powers of court. — View the full text of the state law governing child support in Florida. Learn more about what a court may order either or both parents who owe a duty of support to a child to pay support to the other parent or, in the case of both parents, to a third party who has custody in accordance with the child support guidelines. Rights, privileges, and obligations of persons 18 years of age or older can be found under Florida Statute § 743.07.

Florida Family Law Rules of Procedure Form 12.951(A) | Petition to Disestablish Paternity and/or Terminate Child Support Obligation — View the form for men wishing to disestablish paternity or terminate child support obligations because they are not the biological fathers of children. Learn when this form should be used, important information for e-filing, and what you will need to do next. Sections of the form allow petitioners to submit newly discovered evidence or results of scientific tests.

Are you hoping to terminate your child support obligation in South Florida? Contact Quality Family Law as soon as possible for help achieving the most favorable possible outcome to your particular situation.

Our divorce attorneys in West Palm Beach represent individuals all over Palm Beach County, Broward County, and Miami-Dade County, including such communities as Jupiter, Wellington, Boca Raton, Boynton Beach, Delray Beach, and many others.

You can have our lawyers provide a complete evaluation of your case when you call (561) 557-8686 or fill out an online form to receive a free initial consultation. 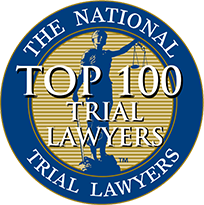 If you have been charged with a Misdemeanor or Felony, State or Federal, please visit our main Criminal Defense Department.